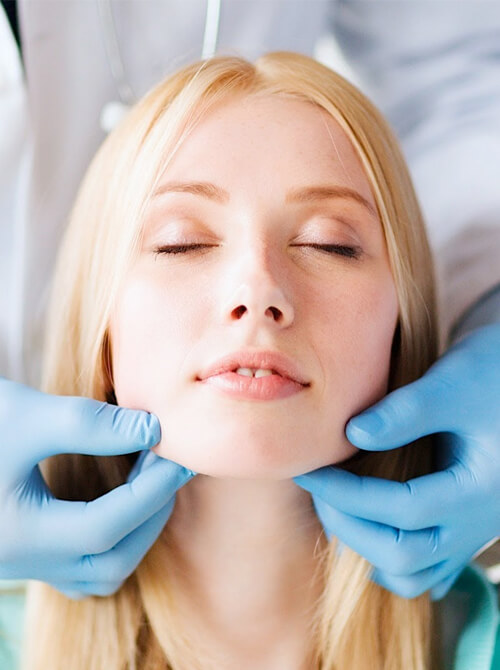 Carboxytherapy is injecting carbon dioxide gas under the skin. The basic concept is that the body doesn’t want CO2 in it, so when it is injected under the skin, the brain senses that somewhere in the body there is a deficit in oxygen, and responds by immediately sending a rush of blood to that area, rich not only in oxygen, but all the goodness that comes along with blood, that aid in wound healing and tissue regeneration.
Carboxytherapy causes vasodilation, regulates the circulation and causes new blood vessel formation. It also improves metabolism, which translates into more efficient elimination of waste products. Blood influx also brings in wound repair factors and growth factors; collagen and elastin production are stimulated.
Basically, injecting more superficially leads to skin rejuvenation (good for wrinkles, scars, acne scars, stretch marks, under eye circles, and overall better feeling and looking, tighter skin), while deeper injection leads to lipolysis (good for treating cellulite and body contouring).
The idea originates in France back in the 1930’s, when it was found that bathing in CO2 rich waters (naturally occurring spas) promoted wound and ulcer healing.

Stretch marks or striaedistensae, as they are known technically, are a form of scarring caused by tearing of the dermis. Stretch marks are caused by rapid growth or rapid weight changes, typically associated with pregnancy. They will diminish over time but they do not disappear completely. Stretchmakrs can also be caused by hormonal changes again with pregnancy but also in puberty, pregnancy, bodybuilding, hormone replacement therapy.
Although are a number of treatments for stretch marks including topical treatments and IPL/Laser (which is not suitable for dark skin types), Carboxytherpay is the only treatment that acts on the root cause of the problem. By actually repairing the and rebuilding the collagen matrix carboxytherapy is not only a more permanent solution it is also suitable for the treatment of old and new stretchmarks and can be used on all skin types.

Cellulite refers to the fat bulges on the buttocks and thighs of the overwhelming majority of the female population. Women have developed the ability to build fat in this way over millenian as part of the female body’s strategy of storing fat for pregnancy. Not only do women differ from men in this way, the structure of their skin is different, it is regulated by hormones and the fatty deposits do not respond to excercise and diet in the same way as mens.
Cellulite is caused by damage to the fibrous septae, a layer of connective tissue formed of collagen, between the dermis and the subcutaneous fat. When the fibrous septae is damaged the fat cells are pushed up through the damaged areas giving the skin the definitive dimpled appearance we know as cellulite.

Carboxytherapy is really effective treatment for dark circles under the eyes. In the majority of cases these circles are caused by poor blood circulation beneath the lower eyelids, known as vascular pooling.
Injecting carbon dioxide under the skin of the lower eyelid causes circulation to be increased resulting, in a marked improvement in the dark pigmentation. Treatments are short, virtually painless and risk free. The number of treatments required varies between 2 and 6, depending on the nature of the pigmentation and treatments are spaced one week apart.